Download super beam android application from Google play store for android device. It can also be downloaded for PC from http://superbe.am

Install and run this android application in your system to enjoy the fastest file transfer you have ever seen. #3. Which type of files can be send and received using SuperBeam? As you can see in the above image that all the files which come under files & folders, audio & music, photos & videos i.e. almost any files can be sent or received using SuperBeam android app.

#4. How to send or receive files using Superbeam?

Once you select the file to share using superbeam you will get four methods to receive and send files using Superbeam android application.

The four methods are as follows:

This option is useful only if both sending and receiving device has Superbeam installed. Using this option receiving device will have to scan the QR Code generated by sending device. Once both the device configure via QR code they can send or receive their files at higher speed. This option is also available for the device which has SuperBeam installed in it. To configure the device, receiving device should accept and enter the key, auto generated by sending device.

Sharing files using Wifi is SuperBeam’s features to share files among those device which don’t has SuperBeam installed in it. Just choose the available wifi network and enter the wifi password if it is secured. This option is also available for the device which don’t has Superbeam installed in it. The receiving device need to enter the auto generated link in it browser that it! Now both the device can receive or send files among each other.

SuperBeam allow us to transfer the files at higher speed normally in Mbps, you can check the transfer speed and progress in ‘progress’ tab. 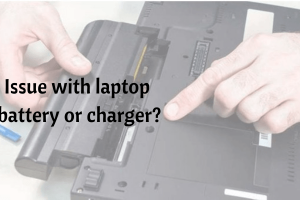 How to Identify If a Laptop Battery or Charger is Faulty?

Xnspy: Spy app to spy all private data for Android and iOS SmartPhone
Why You Should Consider Using an SMS Tracker App
Comment